Learn about the API Gateway client demo, and how to deploy the OAuth client demo and import sample applications.

API Gateway ships with a preconfigured client demo that demonstrates the use of API Gateway and Google as OpenID providers, and API Gateway as a client. To deploy the client demo, perform the following steps:

The sample client applications are for demonstration purposes only and should be removed before moving the authorization server into production.

To import the sample client applications into the Client Application Registry, perform the following steps:

Alternatively, you can use the following script to import the sample client application data without using the Client Application Registry web interface:

Edit this script to configure your user credentials and file location.

The API Gateway OAuth client demo shows a typical use case for OAuth 2.0 and OpenID Connect.

There are a number of actors involved in this demo:

To complete the configuration for Google and Salesforce you must register a client application with each provider, and update the relevant provider profiles with the received client ID and secrets. For more information, see Configure OAuth client application credentials.

When you connect to the client demo (for example, at https://localhost:8088), a login page is displayed:

After successful authentication, you are presented with the following page: 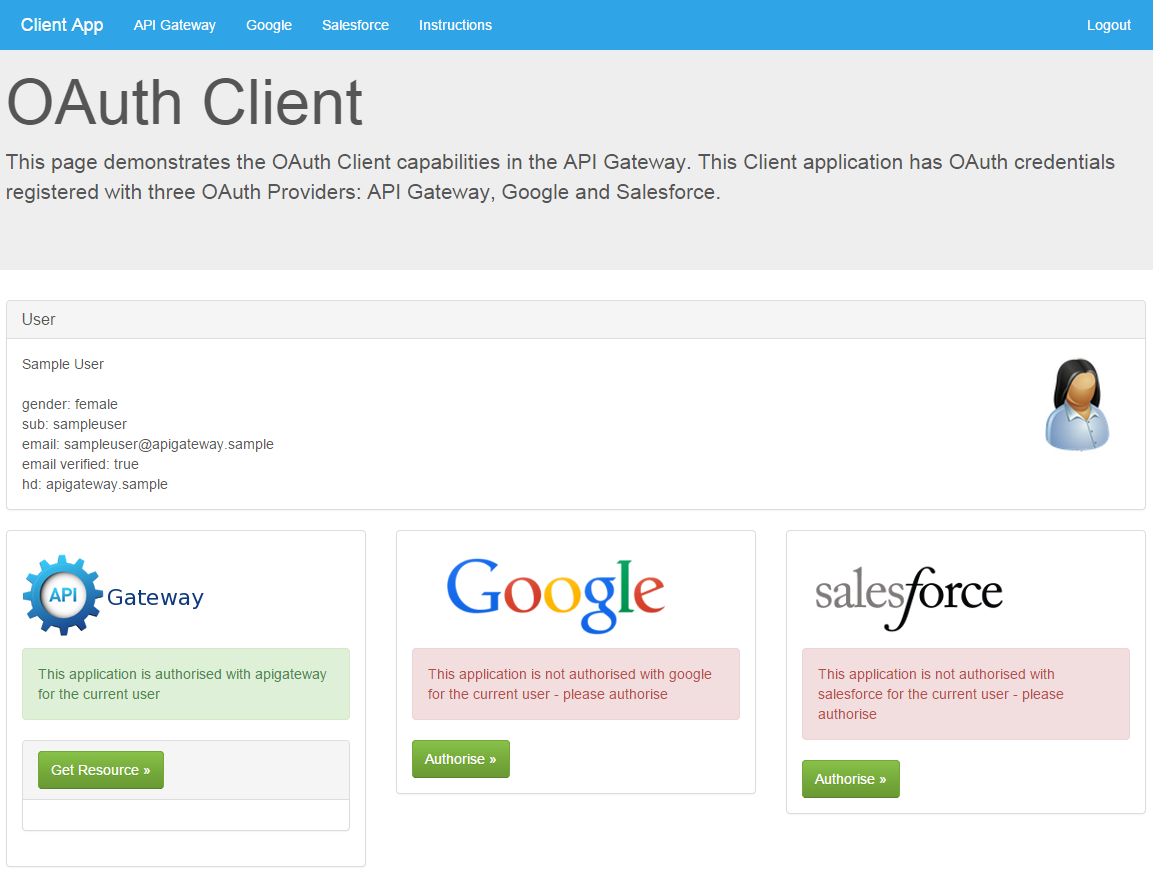 When using one of OpenID Connect options the user information presented on this page is acquired by accessing the UserInfo endpoint of the relevant IdP. The Get Resource button uses the received access token to access a protected resource (for example, the Google resource accessed is the user’s Google calendar).

The majority of the work in this demo is carried out in the client policies. To support the different methods of authentication (form-based and OpenID Connect), the demo is configured to issue an anonymous session to start the process. This anonymous session is replaced with an updated user session after the user has been identified with either a successful form login or an ID token. For an example of the client policies used, see Callback sample.