This section provides a summary of the deployment architectures.

One API Gateway instance only. This is the default.

Multiple API Gateway groups can also be deployed on the same host, each host running an API Gateway instance for each group. This applies to both local and remote storage.

Windows is supported only for a limited set of developer tools. API Gateway and API Manager do not support Windows. You can continue using an existing remote Cassandra installation running on Windows that you have configured with your API Gateway installation.

To configure Cassandra in standalone mode, perform the following steps:

The next steps depend on your installation setup type:

To use Cassandra with API Manager, see Configure a highly available Cassandra cluster. This is configured by default when API Manager is installed along with the QuickStart tutorial.

To use Cassandra with OAuth, see Configure OAuth.

The following diagram shows Cassandra in standalone mode with a default standard setup: 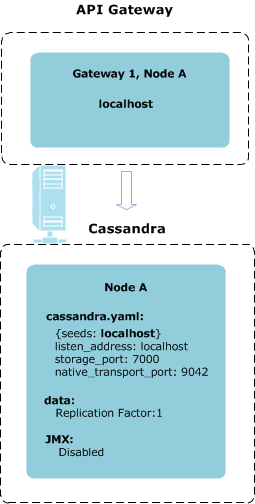 For both local and remote Cassandra HA, Cassandra runs on multiple hosts. This section describes both scenarios.

In local Cassandra HA, Cassandra runs alongside API Gateway on the same host. This means that you do not need to provision separate host machines for Cassandra and API Gateway, or open ports in your firewall. However, the data will be stored in the DMZ. Local Cassandra HA enables minimum cost of ownership. 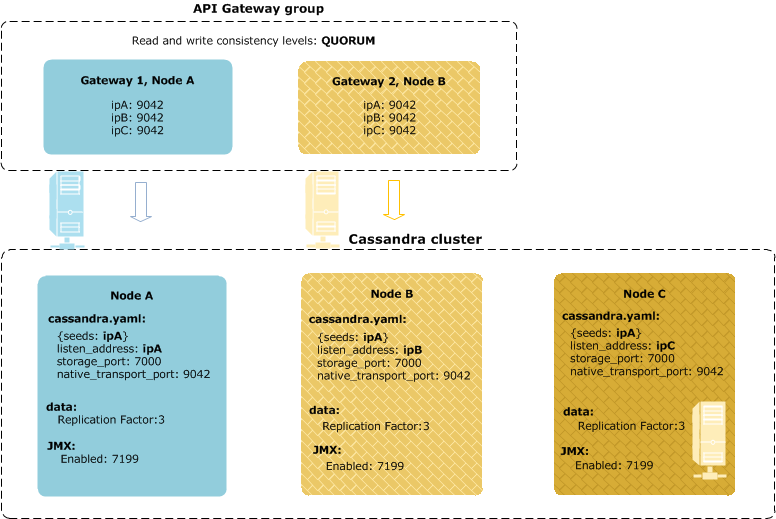 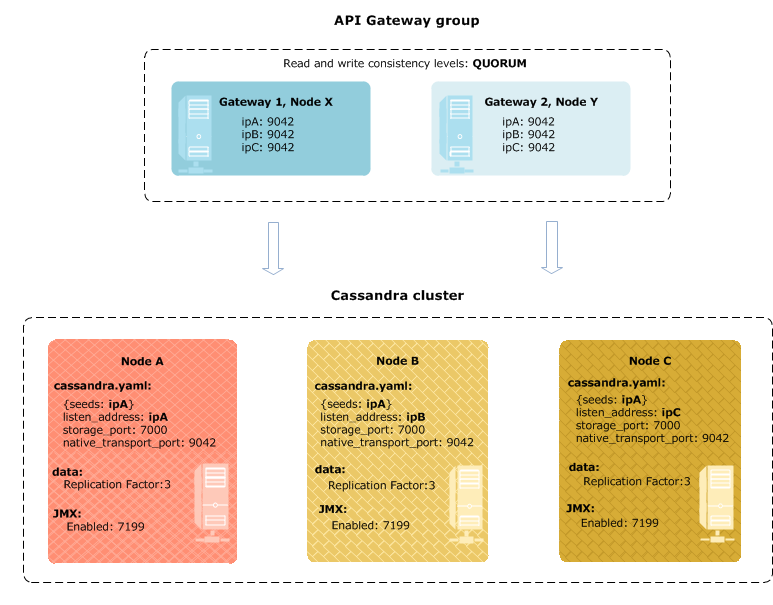 API Gateway acts as a client of the Cassandra cluster as follows: